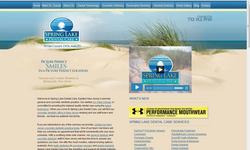 One cosmetic dentist in Monmouth County, New Jersey is helping kids protect their teeth and giving back to U.S. soldiers oversees this Halloween. Dr. Peter Ciampi and Spring Lake Dental Care are participating in the Halloween Candy Buy Back program, an event growing in popularity across the country. For $ 1 per pound, Dr. Ciampi will pay trick-or-treaters to take this years candy haul off their hands then ship the treasure trove of sweets over to our men and women fighting in foreign lands. Kids are also encouraged to bring cards, drawings, and letters to the troops theyd like to send along with the candy.

Every year, kids across the globe consume about 2 percent more sugar than the last. With about 50 million tons of sugar being consumed annually, extra attention needs to be paid to make sure children are taking care of their teeth and gums to maintain oral health and prevent current and future dental problems. Moderating, or even staying away from candy altogether, can not only protect your child from broken teeth or damaged braces, it can also lessen the risk of developing weight problems or hyperactivity issues. And with the Halloween Candy Buy Back program, Dr. Peter Ciampi says children can get cash, protect their teeth, and contribute to a worthy cause all at the same time.

On Monday November 2nd from 3-6 pm, and Tuesday, November 3rd from 2-5pm, parents and their children can drop by Dr. Ciampis practice offering family and cosmetic dentistry in New Jersey. Candy will be weighed and Dr. Ciampi will pay $ 1 for every pound of sweets. After the candy is bought, Spring Lake Dental Care will ship the haul over to our soldiers fighting in Iraq and Afghanistan.

Anyone can participate in the Halloween Candy Buy Back program, not just patients at Spring Lake Dental Care. Dr. Ciampi says the program covers so many worthy causes protecting young teeth and gums, giving something to our fighting men and women, and providing incentives for kids to stay away from too much sugar he looks forward to making Halloween Buyback an annual event.

And that may be enough to keep the little trick-or-treaters smiling for years to come.

(MissionNewswire) Salesians are fighting the recruitment of child soldierseven girlsin Sri Lanka, and working to heal the wounds of those forced to take part in the countrys civil war.

Childhood should be a time of innocence and schooling, says Father Mark Hyde, director of Salesian Missions. But thats not the reality for youth in Sri Lanka being recruited to fight the countrys civil war. For these youth, its weapons and war rather than school books and play.

While the civil wars official end came in May 2009, the recruitment of child soldiers continues to rise according to Douglas Devanada, Minister for Tamil Social Services. He quotes reliable sources that say that the LTTE (the rebel group of the Tamil Tigers in the north of Sri Lanka) aims to recruit about 60,000 children in the north of the country.

The recruitment and use of child soldiers in the countrys civil war has gone on for years in Sri Lanka. Fewer children are attending school due both to fighting the war and the fear of falling into the hands of the rebel army on the way to school. Some children have limited defenses to resist recruitment efforts. Others faced with poverty, lack of education and few job prospects see little alternative to joining.

Child soldiers are used for various purposes in the civil war that has raged through the country for a little more than 20 years. While some are fighters, others act as scouts and guides and man checkpoints. Others run errands or cook and clean for the armed forces. Some of the most unfortunate are used as suicide bombers. Gender and age offer no protection against recruitment efforts. Some children have been as young as eight years old. And girls can face an even tougher time than their male peers.

Girls are used as soldiers in the same way as boys, but they also face gender-based violence. Reports of sexual exploitation, human trafficking and forced prostitution are all too common. In addition to the typical traumas of war, girls are subjected to unwanted pregnancies, sexually transmitted diseases and social stigma making it difficult, if not impossible, to reintegrate back into their communities.

In the wake of this ongoing trauma, the Salesians continue their work with child soldiers in Sri Lanka. A rehabilitation center in Colombo, which was first opened to assist at risk street children and young victims of sexual abuse has in recent years worked with child soldiers providing therapy and job skills training. Subsequently, other Salesian Missions rehabilitation centers have opened throughout the country working to help more and more child soldiers reintegrate back into their communities and move forward with their lives.

In addition, the Salesians operate Mary Help of Christians House in Negombo, Sri Lanka, which is home to 173 girl soldiers. This rehabilitation center is run by Salesian Sisters who realized that these girls had no place to turn. In addition to offering the basics of food, clothing and shelter, the sisters focus on the physical and psychological health of the girls. Their dedication and support has enabled the girls to come a long way in the past few years. Nearly half of them are attending classes between the 6th and 8th grade levels, while several of the older girls are taking professional courses.

Physical wounds heal over time but the emotional and psychological wounds that both male and female child soldiers face can take a lifetime to heal. The emotional support, education and job placement provided by the Salesians plays a large role in helping youth come to terms with their circumstances and preparing them for a brighter future.

Salesian Missions is headquartered in New Rochelle, NY, and is part of the Don Bosco Networka worldwide federation of Salesian NGOs. The mission of the U.S.-based nonprofit Catholic organization is to raise funds for international programs that serve youth and families in poor communities around the globe. The Salesian missionaries are made up of priests, brothers and sisters, as well as laypeopleall dedicated to caring for poor children throughout the world in more than 130 countries and helping young people become self-sufficient by learning a trade that will help them gain employment. To date, more than 3 million youth have received services funded by Salesian Missions. These services and programs are provided to children regardless of race or religion. For more information, go to SalesianMissions.org or MissionNewswire.org, the official news service of Salesian Missions. 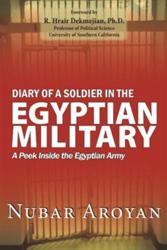 Diary of a Soldier in the Egyptian Military: A Peek Inside the Egyptian Army (published by WestBow Press) relates author Nubar Aroyans compulsory draft into the Egyptian Army, his unique experiences with circumstances and characters in that institution and finally his perilous escape and safe arrival in America.

Diary of a Soldier in the Egyptian Military is the story of a Christian young mans experiences in the Egyptian military during the trying years between the Six-Day War of 1967 and the Yom Kippur/Ramadan War of 1973. It relates his forced draft, his eventful life in the Army and after more than four years of service with no end in sight, in total desperation, his nail-biting tale of escape from the army and the country and arrival in America.

This book was written to express Aroyans deep gratitude to the Lord for His fatherly care while serving the Egyptian military, which he describes as the toughest trial of my life, and at the end, riding on His wings, his miraculous deliverance from that harsh institution. It is a testimony to Gods invisible but real protection of his trusting child.

Excerpt from the foreword of Diary of a Soldier in the Egyptian Military:

This fascinating memoir narrates the personal odyssey of a young man caught in the throes of wartime service in the Egyptian military. Based on the diary he kept in difficult circumstances, the author opens his soul to the reader while offering insightful commentaries about the personalities and events shaping Egypts conflictual milieu between the 1967 and 1973 wars.