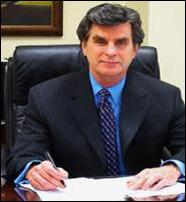 “All children are entitled to courteous and respectful treatment by students and staff at school. Educators have a duty to ensure that students have a safe learning environment,” says education expert and school liability consultant Dr. Dragan.

In American schools, more than 16 percent of students say that they have been bullied by other students during the 2000-2001 school year, according to a survey funded by the National Institute of Child Health and Human Development. The study appears in the April 25, 2001 Journal of the American Medical Association.

In the U.S. many states are finally recognizing the urgent need to take a firm stand against bullying. In February 2007, the New Jersey Supreme Court unanimously ruled students have the right to attend school without being subjected to repeated taunts from other children. The ruling makes school districts in that state responsible for stopping bias-based harassment. A school district may be found liable if it knew about a “hostile educational environment” and failed to take reasonable action to end it.

Eighteen additional states, Guam, and Puerto Rico have passed anti-bullying laws and require public schools to have an anti-bullying policy in place. These laws generally define harassment and bullying as any conduct toward a student which is based on any actual or perceived trait or characteristic of the student and which creates an objectively hostile school environment. The list includes age, color, creed, national origin, race, religion, marital status, sex, sexual orientation, gender identity, physical attributes, physical or mental ability or disability, ancestry, political party preference, political belief, socioeconomic status, or familial status.

According to Dr. Dragan, “The key for the protection of both the victim and the school is that the school takes affirmative action whenever there is an observation or report of bullying.”

“Schools must have clear policies and procedures and train students and staff in the detection, reporting, and prevention of bullying. No amount of laws will stop the practice of bullying. Effectiveness is achieved when students, parents, teachers, and administrators join together to confront bullying and harassment. Each must take responsibility to take part to protect students and to make schools safe.”

Parents are relying too heavily on their children doing as they are asked to keep them safe online according to new research from UK broadband comparison service BroadbandChoices.co.uk.

84 per cent of parents polled across the UK said that they rate verbal agreement with their children on safe Internet usage as their number one means of monitoring online activity. This comes in the wake of a worrying Government report that one in four children has put themselves in potential danger by secretly meeting strangers they have contacted online1.

Michael Phillips, product director of BroadbandChoices.co.uk, said: “It’s surprising that so many people rely heavily on their child doing what they ask – it just isn’t going to happen in most cases and the Government’s research proves this.

“However, there are a few simple steps parents can take to bolster protection for their child when online. Rather than relying on a single approach, they should use parental control and security software, combined with education, to stop inappropriate material – and people – reaching their child.”

Our research shows that the top four ways parents monitor their child’s online activity are:

1. A verbal agreement to use the Internet safely (84 per cent)

2. The use of parental control software such as McAfee and Norton (63 per cent)

3. Restricting the amount of time children spend online (62 per cent)

4. Manually checking the computer to see what they have been doing online (59 per cent)

This represents a three-fold increase on a similar study carried out two years ago.

Behind their parents’ backs

The poll also asked children aged 11-16 what they had actually been doing online during the school holidays. The top three activities were:

1. Downloading music and photos (48 per cent)

2. Joining in with chat rooms and making new friends online (45 per cent)

3. Using social networking sites such as MySpace, Bebo and Facebook (40 per cent)

“The wide availability of the Internet has made ‘stranger danger’ omnipresent. Parents need to be made more aware of the simple checks that they could put in place to safeguard their children who are increasingly using the Internet to build new relationships.

“As well as the possible safety threats posed by the Internet, your child’s online activities could land you a bigger bill at the end of the month. With 48 per cent of children regularly downloading from the Internet, usage allowances could easily be exceeded and parents could find themselves out of pocket at the end of the month if they aren’t able to monitor it,” concluded Phillips.

1. Parental control software: Some ISPs like AOL and BT offer parental controls as part of their service, while other users can get them with their antivirus and security suites. Parental controls allow you to block certain sites and keywords, apply different settings for different age groups and monitor your child’s online activity. You can also use the Messenger Plus! program to keep a log of conversations they might be having using Instant Messenger.

2. Education: Completely banning older children from the Internet is unlikely to stop them from using chatrooms and social networking sites, so instead, explain why they need to be careful on the Internet and make sure they know never to give out personal information or meet strangers without an adult around.

3. All on one PC: Keeping the family computer in the living room is a great way of ensuring that your children stay safe online. They’re far less likely to spend time in chatrooms or downloading illegally if their parents are in the same room. Also, make sure that you’re set as the administrator on any PC in the home, so that only you can change the settings on your parental control software.

4. Antivirus and firewall software: Using security software to protect your PC will also protect your child from spam emails with inappropriate content, and phishing emails where they could give out personal information including bank details.

5. Monitor downloads: If you’re concerned about the affect your children’s downloading is having on your monthly usage allowance, use a Broadband Download Monitor such as ours to keep an eye on downloads and set alarms to alert you when you near your limit.

Most comprehensive range of consumer guides and advice
Emphasis on value rather than cost alone
Variety of ways to rank products according to individual priorities
Detailed product information
A community of like minded people where you can read reviews or share your thoughts
Up-to-date information regarding key industry developments
Access to bespoke interactive tools – [http://www.broadbandchoices.co.uk/speed-tester.html speed tester & broadband download monitor)

Drawing from their own upbringing, authors Ron Berlettano and Sonia Morgante mix fantasy with reality and open a door to the heart and mind of a child who is struggling to become an adolescent in Spotless.

In Spotless, a beautiful and equally bright ladybug named Ruby finds her relationship with her domineering, over protective mother extremely trying. When a cute boy moves in next door, Ruby’s mother is determined to keep her daughter away from him. Despite her mother’s wishes, Ruby befriends the new neighbor, and as a result, her life, along with the lives of those closest to her, takes a turn for the better.

Ultimately, the actions of Ruby’s mother impart a valuable lesson to readers. In her mind, she believed she could keep Ruby safe by building a barricade between her daughter and the world, but in reality, all she created was a wall between herself and her daughter. The authors suggest that in spite of wanting to keep children out of harm’s way, it is better for parents to act as a guide for their children rather than make choices for them. The story also shows that allowing children to learn from their mistakes and personal experiences will make them stronger.

The central theme of Spotless is more than relevant in today’s society, where parents are continuously raising arms to protect their children from the evils of the world, while their children eagerly crave independence and freedom. Fun-filled and dazzlingly illustrated, Spotless offers spot-on entertainment and life lessons for readers of all ages.

For more information or to request a free review copy, members of the press can contact Ron Berlettano or Sonia Morgante. Spotless is available for sale online at Amazon.com, BookSurge.com, and through additional wholesale and retail channels worldwide.

Co-authors and cousins, Ron Berlettano and Sonia Morgante were both born and raised in Montreal. At a young age, Ron Berlettano began creating his own comics as a hobby. He holds an advertising art degree and has worked as a freelance artist. His passion for all forms of art slowly evolved into an explosion of ideas for storytelling. Sonia Morgante has a bachelor’s degree in psychology from Concordia University. Dedicated to seeing the world through the eyes of a child, her wish to one-day write a story about her world in a language that children could understand has finally come true.

BookSurge Publishing is a DBA of On-Demand Publishing LLC, a subsidiary of Amazon.com Inc., (NASDAQ AMZN). BookSurge is a pioneer in self-publishing and print-on-demand services. Offering unique publishing opportunities and access for authors, BookSurge boasts an unprecedented number of authors whose work has resulted in book deals with traditional publishers as well as successful authorpreneurs who enhance or build a business from their professional expertise.

Carol Brunson Day, president and COO of National Black Child Development Institute, will accept the 2008 Parents as Teachers Child and Family Advocacy Award at the 17th annual Parents as Teachers Conference here. This award honors an individual or organization who has demonstrated exceptional service and dedication in advocating for children and families. The 2008 award will go to Brunson Day in recognition of her steadfast commitment to children and family policy in a career spanning 39 years.

“This is the most prestigious award our organization presents,” says Susan S. Stepleton, president and CEO of Parents as Teachers National Center. “It recognizes not just accomplishments, but also an ongoing, often lifetime devotion to support children and families. Carol Brunson Day certainly exemplifies this unwavering dedication through her work as leader and influencer in the areas of teaching, consulting, research and administration.”

About Parents as Teachers National Center

AdaptiveMobile, http://www.adaptivemobile.com, the leading provider of mobile subscriber protection for enterprises and individuals, today issued a warning to parents to be aware of the risks and hidden dangers the mobile environment poses to children. The company is making this announcement to commemorate National Missing Children’s Day, to honor the estimated 800,000 children that go missing each year, more than 2,000 per day. The dangers in unrestricted internet usage is well known among US parents, and AdaptiveMobile wants parents to be aware that cell phones can allow predators and strangers to have almost unrestricted access to their children via social networking sites, texting and MMS. In one recent chilling example, a 14 year old girl in the US was sexually assaulted by a man who contacted her through her a profile she posted by cell phone on a mobile social networking site.

Many of the guidelines for child protection and safety overlook the cell phone and focus on the computer, but doing so can have dire consequences for children. In a 2007 survey, AdaptiveMobile found that children access the internet from their phones an average of nine times per day, often without their parents’ knowledge. AdaptiveMobile is highlighting the following risks for parents: