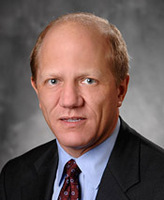 In a maneuver of extreme protest, the Consumer Federation of America, Consumers Union, Independent Safety Consulting and Parents for Window Blind Safety representatives walked away from their participation in what they stated was a “flawed year-long process (that) has not eliminated strangulation risk”. For the first time, these organizations were allowed input in long-needed safety standards improvements for the corded window covering products industry, providing much needed information from those organizations acutely aware of the hazards posed by accessible window blind cords. The Onder Law Firm, which has represented families having suffered a window blind cord strangulation tragedy in 31 states, is supporting the valiant efforts of these organizations, many of which are motivated by personal tragedy.

On June 15, 2010, the United States Consumer Product Safety Commission joined with safety commissions from the United States, Canada and the European Union made demand upon the window covering industry for a swift and comprehensive process that concurrently eliminates the risk factors causing deaths and injuries from all types of corded window covering products. In response, the Window Covering Manufacturers Association (WCMA) pledged to produce new window covering safety standards to eliminate cord hazards that it would announce in October 2011. The Window Covering Manufacturers Association presented a draft of its proposed new safety standards in Washington, D.C. at a meeting on September 1, 2011. The utter failure of this safety standards draft to so much as reduce, let alone eliminate, strangulations risks prompted the safety organizations protest of this process.

Recently, consumer advocates have become skeptical as industry has attempted to slip back to old product designs which have been documented to kill dozens and dozens of children. Linda Kaiser, Director of Parents for Window Blind Safety, says It has become increasingly clear that the Industry is merely paying lip service to the CPSC, and has no real intention of addressing the number one cause of child strangulation death in America. Appalled by the Industrys lack of action, on August 4, 2011, Inez Tenenbaum, head of the CPSC, reiterated to Industry, After hundreds of preventable deaths over the last two decades, the time is now to finally, once and for all, eliminate the strangulation hazard with exposed window blind cords. Notice how I did not say, reduce the hazard. I said, eliminate the hazard. I am standing before you feeling less than confident that this process is headed in the right direction.

Cordless products are commercially available, yet the Industry has not lived up to its 1994 promise to the CPSC to update product designs and eliminate hazards, said James Onder, a lawyer who has represented nearly 50 families whose children have been killed or catastrophically injured on blind cord hazards. Indeed, today the Industry, in a bold and brazen move, not only thumbed its nose at the United States CPSC, but Health Canada, and the entire European Union. The Industry simply does not care. Manufacturers would rather buy off lawsuits than spend the additional $ 1.00 per product necessary to eliminate cord hazards, says Onder.

The time has come for action. The Consumer Product Safety Commission must intervene, rejecting the ineffectual voluntary safety standards and imposing mandatory safety standards that will truly eliminate the risk of strangulation from corded window covering products. To show your support for blind cord safety and to urge the CPSC to invoke rulemaking to force standards and a mandatory recall, we ask that you please click through and sign our online window blind cord safety petition.

James G. Onder, is the managing partner of the law firm Onder, Shelton, OLeary & Peterson, LLC. His firm has represented nearly 50 families whose children who have been killed or catastrophically injured on blind cord hazards. He is considered the nations foremost legal authority on window covering litigation, in the last 10 years having represented more families in window covering lawsuits than all lawyers in the country combined. The Onder Law Firm offers information pertaining to window blind cord dangers at http://www.windowblindcorddangers.com.