As the Wall Street Fraud Watchdog has continued its battle for duped auction rate securities investors the group has been deluged with calls from the adult children of US senior citizens who feel like their parent/relative has had their stock account churned by a US stock broker or bank investment advisor. At the same time the group receives daily calls from gigantic losses in 401-K retirement accounts made up of supposedly safe US Mutual Funds. So today the Wall Street Fraud Watchdog is launching three different initiatives, focused on Wall Street fraud, stock broker/bank investment advisor abuse or fraud, and US Mutual Fund negligence; as follows:

To say that most US Mutual Funds have been negligent in the handling of US Mutual Funds, is an all time understatement, according to the Wall Street Fraud Watchdog. Millions of US citizens have seen their life saving vaporize in US Mutual Funds, in the last two years. Was it rocket science to know that share prices in US banks, investment bankers, retailers, homebuilders, machinery manufacturers, auto companies, and other sectors would all plummet, as a result the US real estate implosion? According to the Wall Street Fraud Watchdog, “so what did mutual fund managers do? Watch or stand by as the stock went to zero?” According to the group, “There needs to be accountability on the part of US Mutual Fund Managers, and there needs to be class actions, or lawsuits for this extreme negligence.” If you are a victim of a significant Mutual Fund loss please feel free to contact the Wall Street Fraud Watchdog anytime at 866-714-6466 or visit their web site at http://WallStreetFraudWatchdog.com. 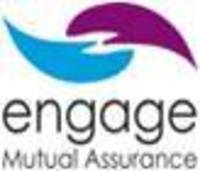 More than one in five parents have been borrowing from their childrens savings account, with 44% of them borrowing between

According to new research by leading Child Trust Fund (CTF) provider The Children’s Mutual, just 18% of parents have written a will, yet many are unaware that should the worst happen and the parents die without having appointed a guardian, the child may not be looked after by their chosen carer and it will be up to the courts to decide where they live. The Children’s Mutual is therefore urging parents to make and keep just one New Year’s Resolution this year – to write a will.

According to research by The Children’s Mutual, the majority of parents who hadn’t written a will said it was because the task was ‘sitting on the to do list’ but wasn’t a priority (35%), 32% said they hadn’t found the time and 27% said they couldn’t afford to write a will. To help address these concerns, The Children’s Mutual has put together a simple Will Writing Checklist (http://www.fbwillsdirect.com/clients/common/iframe/index.php?page=wills_guidance&service=wills&client=thechildrensmutual) which is available on request to assist parents ahead of writing a will and is offering a discounted rate for a standard will of

Men are bigger whingers when ill than women, according to new research.

A new survey supports the myth that men complain more about aches and pains than women.

The results show that while women are more likely to complain about minor ailments on a daily basis, men feel the most sorry for themselves when they are actually ill.

And while men are less likely to suffer from real illnesses five bouts a year compared to seven for women – when they do get poorly, they tend to seek maximum amounts of sympathy.

The Engage Mutual survey of 3,000 people shows nearly half of all men exaggerate their symptoms of illness a common cold becomes flu and a headache turns into a full blown migraine.

According to their partners, more than 57 per cent of men become attention seeking when ill, with 65 per cent constantly moaning and groaning.

When it comes to taking time off, men are the real martyrs, with 76 per cent choosing to take their symptoms to work, rather than recover at home.

Men have had a bad press concerning their tendencies towards man flu, but our findings support the belief that men do moan more and are more likely to exaggerate their symptoms.

They may have fewer bouts of genuine sickness a year, five compared to the seven suffered by women, but when ill, their attention seeking behaviour makes sure their partner knows about it.

But even though men look for maximum sympathy, they tend to struggle on, being less likely to take time off work for an illness.

Minor ailments aside, it is important for men to recognise and act on any genuine health concerns.

Whether taking professional advice, or seeking suitable remedies and treatments to aid recovery, it is important to address any issues in order to maintain good levels of health.

Despite 34 per cent of mens partners rarely believing their claims to illness are genuine, 62 per cent can still be relied upon to serve up some sympathy.

Six in 10 find it awful to see their man poorly, and 49 per cent make the effort to wait on them hand and foot. Two thirds of partners whip out to the pharmacy to stock up on requested remedies whenever their man is ill; 46 per cent run them a bath; and 27 per cent provide breakfast in bed.

On the other side of the gender coin, the survey suggests women tend to be more vocal about their aches and pains on a daily basis.

According to their partners, 45 per cent of women have a low pain threshold, and 36 per cent frequently get woman flu.

But if they do become ill, women can rely on some serious tlc. Twenty nine per cent of their partners stated they had taken time off work to care for their woman when sick and 33 per cent say they would always buy flowers, dvds or magazines to cheer them up.

Womens partners also scored higher on getting up in the night (32 per cent) and making them breakfast in bed (29 per cent) when they were ill.

Women score higher than men on being prepared to dole out the sympathy for an attention seeking partner, regardless of whether they believe they are genuinely ill, or not.

But when it comes to doing the little things that make a partner more comfortable when they are ill, men and women seem to be more evenly matched.

1 Survey conducted for Engage Mutual by OnePoll in May 2010, surveying 3,000 people across Great Britain.

Staff teams from Yorkshire Bank and Engage Mutual will aim to climb Snowdon in Wales, Scafell Pike in Cumbria and Ben Nevis in Scotland, within a gruelling 24 hours from 8am on 23 June to 8am on 24 June.

Yorkshire Banks climbers will raise funds for its charity partner Help the Hospices, a national charity which supports over 200 hospices across the UK; and Engage Mutual has pledged its fundraising efforts to the Steve Prescott Foundation, which raises money for the Christie Cancer Hospital and Try Assist, the Rugby League Benevolent Fund.

Both teams have been training with a number of endurance walks, tackling some of the highest peaks in the Yorkshire Dales, in preparation for the challenge.

Were raising money for three worthy charities, and that alone will give us the motivation needed to cover the 6,800m up and down the three peaks in 24 hours, as well as the best part of 500 miles by road.

The challenge is sure to test us all to the maximum but with some great teamwork Im sure that the Engage & Yorkshire Bank team will be able to complete the task.

The decision to take on the Three Peaks Challenge in partnership with Yorkshire Bank extends our successful working partnership, which has been running for more than three years now.

As a joint team, we are putting 100 per cent into the challenge and are hopeful that our efforts will raise much needed funds for our respective worthy charities.

Eighteen months ago, Yorkshire Bank launched the successful Vision tax exempt savings plan in partnership with Engage Mutual. This built on an existing distribution partnership for the Engage Guaranteed over 50 Life Insurance.

A new health cash plan, designed to provide cash back on the most frequently claimed health costs, has been launched by Engage Mutual.

The Engage Mutual health cash plan focuses on the benefits people use most – dental, optical and complementary therapy costs – giving 100 per cent cash back up to each benefit level limit.

Wearers of spectacles or contact lenses; those who regularly visit the dentist; or those requiring physiotherapy or any of the other complementary therapies included; can enjoy good levels of cash back on these regular outlays. Plan holders simply keep their receipts, fill in a form and claim back

Wayne mutual Insurance Company has partnered with the Scottsdale, Arizona – based Identity Theft 911 to offer policyholders coverage that will reimburse costs required to reclaim their lives in the event of identity theft, especially during major life stages such as military deployment and/or the death of a loved one.

In 2009, more than a quarter of a million Americans filed identity theft complaints with the Federal trade Commission. Ohio ranked 29th nationwide, up from 32nd in 2008, and 66 of every 100,000 state residents reported being victims of the crime, nearly twice the rate reported in 2002.

“Identity theft has become a leading concern for our policyholders, particularly as usage of the internet, credit and debit cards and other technology tools has evolved, ” said Timothy P. Suppes, vice president of operations for Wayne Mutual. “Our partnership with Identity Theft 911 will enable us to offer the peace of mind and world-class service our policyholders require should they become victims of identity theft. Together , we can provide both preventative assistance and identity theft resolution services – two appealing options in today’s computer age.”

The service, known as Identity Theft 911 Life Stages, takes a customized approach toward deterring and resolving identity theft particularly during vulnerable phases of policyholders’ lives. Not only will policyholders be able to recoup costs associated with restoring their good name but will also have on-demand access to their own personal certified fraud specialist to walk them through the process and answer any and all of their questions.

The last thing you need to worry about when faced with the death of a loved one, military deployment, major surgery or the birth of a child is the prospect of you and/or your family’s identities being stolen,” said Matt Cullina, CEO of Identity Theft 911. “Wayne Mutual recognizes the critical need for protecting its customers’ reputations in an era of escalating identity theft. We are pleased to be helping them in this fight.”

As part of the coverage, eligible policyholders have access to the following:

Estate Identity Assistance – For surviving spouses, fraud specialists help safeguard the identity of a departed spouse from potential misuse by identity thieves and minimize potential risks to the surviving spouses own identity in the case of joint credit accounts and financial documents.

Wayne Mutual Insurance Company has provided property & casualty insurance to Ohio residents since 1910. Headquartered in Wooster, the company markets its products and services exclusively through a statewide network of more than 100 independent agencies.

A leader in identity-theft prevention, mitigation and education, serving over 4 million households nationwide, Identity Theft 911 provides enterprise-level fraud solutions for a wide range of organizations, including Fortune 500 corporations, financial institutions, colleges and universities, and many of the nations largest insurance companies and corporate benefits providers.