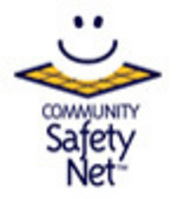 WINNIPEG, MB During National Fire Prevention Week (October 5th to 11th), fire safety advocates in communities across North America will be focusing on education as a means of fire prevention. Community Safety NetTM, a leading provider of educational safety resources for children, is pleased to support this important initiative with its award-winning fire safety materials that are specially designed for kids and their families.

Fire Safety, which won bronze at the 2008 Summit International Creative Awards, and Junior Fire Safety include comprehensive safety information on smoke alarms, fire escape planning, at-home fire hazards, and how to react in case of a fire. Both full-color resources are written in child-friendly language, include games, coloring pages, quizzes, and tips and come with an interactive DVD. Community Safety Net also provides educational resources on other topics, such as drug safety, personal safety, and rural safety.

Communities that wish to access CSN resources, including the award-winning Fire Safety, may do so directly via the companys online store, found at http://www.communitysafetynet.com. Another popular option is to launch a community-based safety initiative, in which a CSN representative will work with a local service organization to obtain project support and then provide the resources at no cost to the children and their families.

Over the years, weve worked with thousands of fire departments in communities across North America, says Sherry Phaneuf, Executive Director of Community Safety Net. Our resources are highly regarded by fire chiefs and fire prevention officers for good reason; they have been proven to help educate children and their families on how to stay safe from and prevent fires.

Community Safety Net is a family-run, values-oriented publisher that produces a series of highly regarded safety resources created especially for kids. To date, more than three million children in Canada and the U.S. have benefited from CSN materials. To reach CSN, please call 1.800.665.4878.

Community Safety Net is a unit of Gateway Publishing Co. Ltd. CSN works with communities across the United States and Canada to provide children with educational safety resources. CSNs mission is protecting kids for life. For more information, visit http://www.communitysafetynet.com. 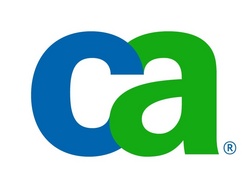 In addition to the enhanced security features, the suite is now more user-friendly through its inclusion of an Intuitive Help Desk for at-your-fingertips customer support, a simple interface that lets users quickly set preferences or check program status, and a gaming/movie mode to reduce interruptions. With tailored security options for wireless connectivity, CA Internet Security Suite Plus 2009 uses WiFi HotSpot detection technology to alert users when they enter a new network outside of the established home network.

According to the 2008 CA Internet Threat Outlook Report, online attacks will be dominated by smarter malware and bots targeting Web users ranging from gamers and social network users to the elderly and unsuspecting parents.

“Families should feel safe and secure when they are online,” said Brian Grayek, vice president of product management for CA. “However, there are more online threats than ever before. While it’s important for parents to practice general PC safety practices like not placing a PC in a child’s room and monitoring social networking profiles, parental control software provides an added layer of protection and additional peace of mind. Our parental controls are designed to be ‘child-proof’ and prevent even computer-savvy children from uninstalling or disabling the products. In addition to offensive website filtering and blocking, parents can also use the software to set time limits on when children can use the PC and receive daily reports on web activity.”

Grayek continued, “Historically, high-performance users, like gamers, turn off security features because it either slows down their PCs or they get pop-ups that interfere with their experience. This is a huge risk to their PC security. We’ve focused on developing a product that runs quietly in the background for uninterrupted gaming and movie watching, while keeping the PC secure.”

Also new to CA’s Internet Security Suite Plus 2009 are the following features:

Customers receive daily protection updates, upgrades to the latest product features and 24 X 7 online technical support at no additional charge with their subscription. 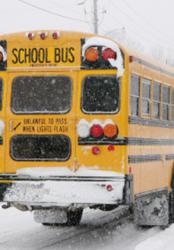 School closings due to winter snow and ice storms will make children cheer, but too many days of sleigh riding and hot cocoa can lead to vacation hangovers since school-mandated makeup days may soon conflict with prepaid vacation dates. When school vacation days are rescheduled as makeup days on the academic calendar the cheering for students has ended and a problem for parents may be created. 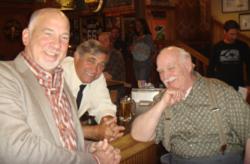 Emmy award-winning Hollywood director Rob Schiller who is directing episodes of the TBS hit comedy Sullivan & Son that returns for Season 2 on June 13, is a firm believer that laughter is good for the soul. Schiller is lending his support to raise funds for the Alliance for Childrens Rights at the 4th Annual the Right to Laugh event. Funds raised will support the Alliance, an organization that protects the rights of impoverished and abused children and youth so that they have safe, stable homes, healthcare and the education they need to thrive.

Every foster child deserves stability in their lives and the Alliance helps care for them by ensuring they have access to necessary healthcare, appropriate educational opportunities and the required financial support, said Schiller. Its difficult enough being a child today, but the challenges foster children face can sometimes be overwhelming. The proceeds from this event make a major positive impact on the children in our community.

The more than 500 guests from the entertainment, corporate and philanthropic communities attended the entertaining event to raise funds for the Alliance so abused and neglected children are ensured safe homes, healthcare, education and a reason to laugh again. Following the star-studded red carpet arrivals, guests enjoyed a cocktail reception, silent auction and a hilarious and surprising comedy show.

About the Alliance for Childrens Rights

The Alliance for Children’s Rights protects the rights of impoverished and abused children and youth so that they have safe, stable homes, healthcare and the education they need to thrive. Since its founding in 1992, the Alliance has provided free legal services and advocacy to over 100,000 children and youth in Los Angeles County. For many, the Alliance is the only connection to a safer, brighter future.

Rob Schiller, Emmy-award winning American film and television director, producer is also president of R&B JAAMZS, Inc. Schiller has directed and produced over 250 episodes of sitcoms, including the TBS comedy Sullivan & Son, the new Nick at Nite family comedy Wendell & Vinnie, the CBS hit comedy, The King of Queens, Two and a Half Men, and Til Death. His latest motion picture, And They’re Off, starring Sean Astin and Kevin Nealon, follows a failed horse trainer who desperately wants to be back in the winner’s circle. For more information, visit http://www.robschiller.com.