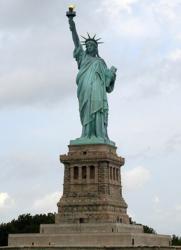 Navigating the complex world of the court system can be tough especially for a regular person without experience or for somebody up against powerful interests. People often find themselves confused and trampled upon by forces seemingly beyond their control. When there is corruption involved, it can be even harder. But according to experts with the Foundation for the Child Victims of the Family Courts (FCVFC), there is somebody who may be able to help: a forensic advocate.

Forensic advocacy is an emerging field that has developed to protect clients from a range of problems frequently encountered in the American court system biases, prejudices, attorneys with divided loyalties, corruption, and more. It brings together diverse specialties like psychoanalysis, forensic analysis, mediation services, psychological reviews, conflict management, and litigation strategies.

The end goal, of course, is to reach optimal resolutions for all of the parties involved. But the welfare of any children who may be caught in the crossfire is the highest priority particularly in cases involving abuse, neglect, and other serious problems placing them in jeopardy.

In some cases, forensic advocacy even extends into the public domain. Efforts to publicize problems and pressure key players into accountability, for example, can include shedding light on the inner workings of the system to the scrutiny of publicity. Other situations may require filing formal complaints with various administrative bodies such as medical boards or state bar associations. Authorities sometimes need to be involved as well. 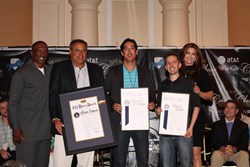 In addition to being a waste of costly resources, 9-1-1 misuse and abuse is a major safety issue as emergency lines are limited, which means crime prevention and life-saving solutions are delayed when 9-1-1 operators and first responders are busy dealing with non-emergencies. Thats why the charity 9-1-1 for Kids was created.

9-1-1 for Kids helps educate children about proper 9-1-1 usage. Former Los Angeles/Oakland Raider and future NFL Hall of Fame inductee Tim Brown is the charitys international chairman. Supermodel turned business mogul Kathy Ireland is the Worldwide Ambassador. They have been helping raise awareness through special charity events and fundraising that goes toward educational materials. For example, the charity created a video program for schools that teaches children how calling from a landline is preferred because the location of the call is automatically transmitted to 9-1-1 call centers. Accurate address information is central to coordinating emergency services quickly.

Mobile phones do not transmit location as reliably or efficiently as landlines. In the 1970s, a system was developed–known as Automatic Location Identification (ALI)–to connect landlines to a database program that would transmit addresses to 9-1-1 call centers. Mobile phones often times transmit inaccurate location or no location at all. That is why it is important to use a landline if possible.

This type of education is valuable for children and adults to know. 9-1-1 for Kids executive director Elise Kim says teaching children is the most effective way to inform families about proper 9-1-1 usage because children talk about what they learn to their parents, and they influence adults to behave safely. This protects neighborhoods, argues Kim, because proper 9-1-1 usage allows emergency resources to be directed to real emergencies, making communities safer.

Enter U.S. Best Repair Service, a leading provider of default mortgage field services and general contractor. In the mortgage industry, they specialize in repairing and protecting abandoned bank-owned homes, which attract crime and neighborhood blight if left unkempt. Their services include painting over graffiti, boarding broken windows, maintaining overgrown lawns, and securing hazards like empty pools which are unsafe for curious neighborhood children.

As an advocate for neighborhood safety and a specialist in removing community blight, CEO Mark Zaverl felt 9-1-1 for Kids was a charity that fit well with U.S. Best. Its a cause that affects literally everybody, says Zaverl, or as 9-1-1 for Kids co-founder Elise Kim likes to say, Everybody should care about 9-1-1 education because even if you dont like kids, one day a child could save your life by dialing 9-1-1 for you.

The three seemingly unconnected pioneers–Elise Kim, co-founder and director of 9-1-1 for Kids; Tim Brown, Raider football legend and future NFL Hall of Fame inductee; and Mark Zaverl, founder and CEO of a small handyman service turned national general contractorwill be attending Five Star Conference in Dallas, TX on September 8-10 at the Hilton Anatole for the mortgage servicing industrys largest gathering of its kind to raise awareness for 9-1-1 for Kids and abandoned bank-owned home protection.

Tim Brown will be available on Monday, September 9th, from 12pm to 2pm at booth #112. Media coverage is welcome. Advanced credentialing is necessary for this event. Please contact Mike Gleason for media inquiries:

This past week, during the 30th Annual Interior Awards in New York, Public Architecture (http://www.publicarchitecture.org) leaders John Peterson and John Cary were jointly recognized with the prestigious “Designers of the Year Award,” presented by Contract magazine.

Conferred each year since 1979, past recipients of the award include the likes of designers Ralph Appelbaum, Shigeru Ban, Shashi Caan, Michael Graves, William McDonough, and David Rockwell.

Unlike other design awards based solely on aesthetic accomplishment, the primary mission of the Designer of the Year Award is to recognize individuals who contribute to the design industry in positive ways that benefit the entire profession as well as society at-large.

“In an age where the desire to ‘give back’ seems to be a growing response to the weariness of excess, John Peterson and John Cary have emerged as leaders in the field. They have put socially-responsible design on the map, inspired a greater sense of purpose among those interested in practicing it, and — most importantly — offer a practical, organized approach to executing it,” notes Jennifer Busch, editor-in-chief of Contract magazine.

Public Architecture also undertakes a series of public-interest design initiatives (http://www.publicarchitecture.org/design_initiatives.htm), which address issues of broad social relevance and bring design to underserved communities. Noted initiatives include a design response to the plight of day laborers across the country as well as innovative research, which sheds new light on social, environmental, and ecological aspects of building material reuse.

Public Architecture plans to use the award to evolve The 1% program to welcome manufacturers and vendors. Looking ahead, co-recipient Cary adds, “In honor of this award, we are developing a platform for furnishing manufacturers to support the incredible design work of our program participants.”

In an effort to mobilize the manufacturers in attendance at the award ceremony and also to jumpstart the effort, Public Architecture secured hearty endorsements from CEOs of multiple major design firms, such as Gensler, HKS, HOK, and Perkins+Will.

Among the most ringing endorsements was that of design legend and business leader Art Gensler, who said, “I am asking you and your company to make a real commitment to Public Architecture’s innovative program. You can expect a big return on the investment and it is the right thing to do.”

Established in 2002, Public Architecture is a national nonprofit organization based in San Francisco. Public Architecture acts as a catalyst for public discourse through education, advocacy, and the design of public spaces and amenities. “The 1%” (http://www.theonepercent.org) is a national program launched by Public Architecture in 2005 that challenges architecture firms to pledge 1% of their billable hours to pro bono work. If every architecture professional in the U.S. dedicated just 20 hours annually, it would add up to 5,000,000 hours each year — the equivalent of 2,500-person firm working fulltime for the public good. Public Architecture is presently engaged in major partnerships with entities as diverse as the Taproot Foundation, United States Green Building Council, and United Way of the Bay Area. The 1% program is presently supported by a range of sponsors and partnerships, including the National Endowment for the Arts, Pro Bono Action Tank, Taproot Foundation; leading firms such as HKS, HOK, McCall Design Group, and Perkins+Will; and major manufacturers such as Herman Miller and Humanscale.

Contract magazine covers the commercial design industry, with a special focus on how interior design and architecture can positively impact the corporate, retail, educational, hospitality, health care, entertainment, government, institutional, and performing arts markets. Through in-depth reports, special features, and news and views, Contract magazine examines how the strategic goals of commercial clients can be supported and advanced through design, as well as how trends in the various industries covered shape and influence the current and future practice of commercial interior design. Contract magazine is a Nielsen Business Publications and a Nielsen Media production, published by John M. Rouse and edited by Jennifer Thiele Busch. Now in its 30th year, the Designer of the Year Award conferred by Contract magazine has long been considered the commercial design industry’s most prestigious honor. 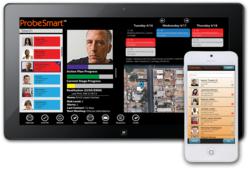 The winning product is a patent-pending mobile technology providing real-time client monitoring of Probationers and Parolees via a feed of live information including arrest alerts, GPS mapping, and risk assessment algorythms. Its the first of its kind technology to give Probation Officers critical updates on their clients via a Tablet or Smartphone app, anytime, and anywhere.

The Mix and Mentor Quick Pitch competition was hosted by Microsoft and held at its South Coast Plaza Store in Irvine, CA. It is specifically for entrepreneurs, startups, and small business owners in need of technology to grow.

Each representative made a three-minute presentation to the Microsoft Mentor Panel on how Microsoft Products and Services have or will, Enable their Business to realize its Full Potential. GPTs ProbeSmart was selected as the winner out of the finalists. 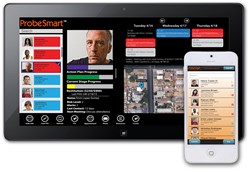 This dynamic mobile system developed by GoldPost Technologies, Inc. (GPT), allows Probation Officers the ability to manage their clients based on feeds that can be as important as a clients recidivism risk, allowing officers the chance to react quickly to these alerts.

Not only will Clark County Juvenile Probation Officers be able to respond to the highest risk offenders first, LynxVRI allows Officers to spend more time in the field helping clients and less time in the office managing files, added Rouse.

The Department of Juvenile Justice Services is Clark Countys comprehensive public service agency that performs more than the traditional Juvenile Court functions of probation and detention. The department provides intervention services, guidance and control for youth ages 18 and under who are involved in delinquency and truancy.