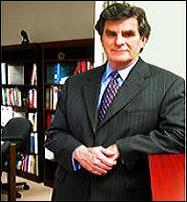 Dr. Dragan, education expert and consultant, exposes the combination of sleep deprivation and driving as the overlooked silent killer among graduating high school students. All-night school sponsored graduation events are popular because they reduce the incidence of alcohol and drug abuse by students who might otherwise attend unsupervised events. However, these alternative “safe” events potentially expose students to the equivalent danger of drowsy driving.

Drowsy driving is the is the second biggest killer on our nation’s roads. The National Highway Traffic Safety Administration puts the number of such accidents at 100,000 per year of which approximately, 1600 result in fatalities and 71,000 in injuries.

Research has shown that the effects of sleep deprivation are similar to the effects of alcohol intoxication. One such study was reported in 1997 by Dawson and Reid of Australia’s National Center for Sleep Research. They found that subjects kept awake for 17 hours performed on cognitive-psychomotor tests the same as a rested person with a blood alcohol concentration (BAC) of 0.05 percent.

At 24 hours of sustained wakefulness, performance was equivalent to a BAC of 0.10 percent. In 16 states drivers are considered drunk with a BAC of 0.08; the remaining states set a level of 0.10.

Many schools and parents fail to consider that allowing students to drive after staying up all night is equally as dangerous as allowing students to driver under the influence of alcohol. Data gathered through a national survey, conducted by Education Management Consulting, LLC, of more than 300 high schools revealed that fatigue and sleep deprivation are generally not considered risks by the planners of all-night graduation parties.

Rather, the focus was on sponsoring a supervised alcohol and drug free event. Typically, event planners keep high school graduates entertained from the beginning of the party until the next morning with a variety of activities, including music, dancing, and competitive events. For many graduates taking part in these events means staying awake for 24 hours. When they leave in the morning- unchecked and unsupervised- their condition is similar to being impaired by alcohol or drugs.

Dr. Dragan said students need not be placed in this life threatening situation. School leaders have a duty to to protect students from known risks, and that includes the clear risk of driving while drowsy.

Fortunately, a few easy and effective precautions can protect students, Dr. Dragan said. First, consider transporting students in school buses, or leased buses to the event and home after the event. For little cost, the school can provide safe transportation after a fun-filled, sleep deprived night for graduates. Even if transportation is provided, adopt clear procedures to protect students from driving while sleep deprived. Specify that under no circumstances will any student, faculty member, or parent chaperon be allowed to drive after attending an all-night graduation party.

Says Dr. Dragan: “No reasonable educator would allow an intoxicated student to get behind the wheel of an automobile and drive away. Why allow a sleep deprived student to do the same? Assessing the risk and planning contingencies for prom and graduation events will help keep students safe, and protect schools from liability.” 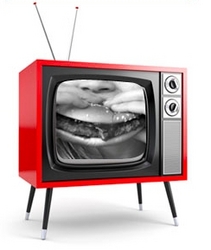 As nation-wide funding for school cafeterias drops precipitously, and high-calorie, low-nutrient, over-processed junk food from hamburgers to tacos and pizzaare served up to millions of children each day, the very schools that teach health are contributing to runaway diseases from high-blood pressure and cholesterol to diabetes and obesity.

This month, Birds Nest Productions (http://www.birdsnestproductions.com/), in partnership with Earth Day Network (http://www.earthday.net/) will premiere LUNCH, a thought-provoking documentary short directed by Avis Richards. The film will be co-presented by Earth Day Network and the Center for Environmental Filmmaking, and as part of the multi-day, multi-venue Food & Agriculture Film Series at the American University.

The short documentary film investigates the causes and the consequences of growing up in a junk-food culture. Through numerous on-site interviews with food workers, doctors, educators, and students, Lunch provides a candid, penetrating, and disturbing account of the National School Lunch Programs failure to promote the proper dietary habits to ensure Americas children the physical, social, and psychological well-being that Ms. Richards considers to be a human right and social responsibility.

We should not just teach health, nutrition and wellness in our schools, Ms. Richards said. Our school cafeterias should be new bastion of good eating, serving locally-grown, whole foods as part of the curriculum. While some schools have begun to lead in this movement, we need every parent, teacher, administrator, legislator and the public at large to demand that ALL schools stop loading our childrens lunch trays with dangerously unhealthy foods, often packed with salt, sugar and processed ingredients.

The documentary explores viable alternatives to the hamburger hegemony, talking with farmers and other community leaders about their successful programs and ongoing efforts to change how their children eat at school.

Millions of school children are eating two-thirds of their meals at school every day, and often that food resembles that of a fast-food restaurant, said Kathleen Rogers, president of Earth Day Network. We need reform of the school lunch system at the highest levels of government, to ensure that we feed more children and feed them healthier food.

More information about the documentary, including a trailer, can be found at (http://lunchthefilm.com/).

The documentarys website also includes facts and figures on the junk food epidemic in our nations schools, as well as information about the crew, and upcoming showings that will raise money for programs designed to help schools and communities create healthier, sustainable alternatives.

The Child Nutrition Act, which supplies breakfast and lunch to some 31 million students = $ 12 billion annually.
According to the Centers for Disease Control and Prevention, 16 percent of children (over 9 million) 6-19 years old are overweight or obese — a number that has tripled since 1980.
For children born in the United States in 2000, the lifetime risk of being diagnosed with Type 2 diabetes at some point in their lives is estimated to be about 30 percent for boys and 40 percent for girls. (“Preventing Childhood Obesity: Health in the Balance, 2005,” Institute of Medicine.)

Birds Nest Productions is a charitable corporation that produces highly creative and informative PSAs and short video productions for charitable organizations. Ms. Richards, the award-winning executive producer and director has produced and directed over 50 video production films that promote various charities. The goal of Birds Nest Productions is to provide the medium to educate and market to both targeted audiences and the public at-large in order to promote the cause, consequences and issues that effectively enable the client foundation to communicate their message through media and content.

Birds Nest Foundation is the non-for-profit entity that Avis founded to provide services to non-for-profit 501c3 charities. Birds Nest Productions and Birds Nest Foundation have worked with a myriad of charities to provide video productions and web-enabled content benefiting charitable foundations. The charities that benefit from Avis work include a myriad of worthy causes dedicated to improving education, promoting inner-city youth, providing health-care and medical services, protecting against domestic violence, or relating to environmental issues.

Earth Day Network was founded on the premise that all people, regardless of race, gender, income, or geography, have a moral right to a healthy, sustainable environment. Our mission is to broaden and diversify the environmental movement worldwide, and to mobilize it as the most effective vehicle for promoting a healthy, sustainable environment. We pursue our mission through a combination of education, public policy, and consumer activism campaigns. Our campaign and programs are predicated on the belief that an educated, energized population will take action to secure a healthy future for itself and its children. Earth Day Network has a global reach with a network of more than 17,000 partners and organizations in 174 countries. More than 1 billion people participate in Earth Day activities, making it the largest secular civic event in the world.

About The Environmental Film Festival

The Environmental Film Festival has become the leading showcase for environmental films in the United States. Presented in collaboration with over 100 local, national and global organizations, the Festival is one of the largest cooperative cultural events in the nations capital. Films are screened at 56 venues throughout the city, including museums, embassies, libraries, universities and local theaters. Most screenings are free.

For a complete schedule, visit the Festival Web site at http://www.dcenvironmentalfilmfest.org.

SociallyActive LLC, a family owned company passionate about protecting teens online announced today that it has released the Ultimate Facebook Privacy Toolkit for Parents. This toolkit is a parents best friend in helping to protect their childs online privacy.

At the core of this new offer is the SociallyActive Privacy Assurance Platform. It connects directly to Facebook and alerts parents to potential threats and dangers. The service is specially designed to protect teens against the various privacy loopholes in Facebook.

Its not necessarily what your teen is doing on Facebook that threatens their privacy, but what their friends are TAGGING-them-in that can be the biggest problem. Said Chris Crosby, cofounder and Managing Director of SociallyActive. Additionally, because of Facebooks difficult to understand privacy settings, parents arent always able to see what their teens are being tagged-in even if they are friends. We fix that by providing a robust set of tools to empower both parents and teens.


A one-year subscription to SociallyActives Privacy Assurance Service.
The Step-by-Step Guide to Securing your Teens Privacy on Facebook (a 30 page eBook).
Video course lessons. Each between 3 and 15 minutes that instruct parents how to adjust their teens Facebook privacy settings and provide expert tips to keep your teen safe online.
100% Money Back Guarantee anytime during membership.

At first I didnt think I needed to monitor my daughters Facebook activity. I thought I would respect her privacy. Said John Butler, a customer of SociallyActive. But after her ex-boyfriend starting tagging her in inappropriate photos that werent even her, I realized the only way to respect my daughters privacy is to help her protect it. SociallyActive helps me do that.

The Ultimate Facebook Privacy Toolkit and Monitoring Service is valued at $ 199 per year, however this exclusive bundle of resources is available through the end of October for a one-time special price of $ 69. For details on this special offer, go to SociallyActive.com