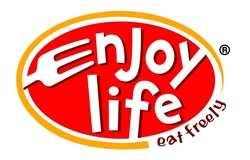 Today’s meeting, held by the Food and Nutrition Service of the USDA, was a Request for Public Comments for Use in Preparing for 2009 Reauthorization of the Child Nutrition Programs, which includes the National School Lunch Program and School Breakfast Program; and the Child and Adult Care Food Program, which support nutritious meals and snacks served to children in schools, child care institutions and afterschool care programs.

Speaking on behalf of the American Celiac Disease Alliance (ACDA) and Enjoy Life Foods, Mandell said, “On behalf of the children, their parents and caregivers that are currently excluded from receiving program benefits, I strongly urge the USDA to make the necessary changes to the National School Lunch Program to ensure that ALL eligible students can benefit from this important, federally assisted meal program.”

Celiac Disease, is the world’s most common genetic auto-immune disease, and is estimated to affect at least 1% of the populationi. At this time, the only known treatment for Celiac Disease is strict adherence to a gluten-free diet for life (gluten is the protein that is found in wheat, barely and rye). Food allergies are estimated to affect 6 to 8% of children and 3 to 4% of adultsii, and diagnoses are on the rise. For the over 12 million Americans with food allergies, symptoms can range from mild (such as gastrointestinal discomfort) to life threatening (due to anaphylactic shock). Another 30 million Americans have food intolerancesiii that cause them to avoid certain foods. And finally, one in 150 children is affected by autismiv which can be effectively managed in some cases by following a diet free of gluten and casein (the protein found in dairy). Carol McCarthy Shilson, Executive Director of the University of Chicago Celiac Disease Center and ACDA member, also provided comments on behalf of Stefano Guandalini, M.D., the Center’s founder and medical director. “It is not right that children with Celiac Disease should be denied a safe meal or given food that is nutritionally inadequate. Surely we cannot expect our children to learn and thrive with such conditions. It is our duty to see that all children are provided with a nutritious and safe meal at school,” Guandalini commented.

Shilson also presented results from a recent survey by the ACDA, which revealed that among 2,229 parents of children with Celiac Disease, only 111 were able to get a gluten-free lunch at school. The others had to pack a lunch or go without, according to the ACDA survey.

The American Celiac Disease Alliance (ACDA) began to take shape in early 2003 when an ad hoc group of 15 leaders in the celiac community came together to help persuade Congress to require food labels to include information about allergens. The group’s efforts were instrumental in the passage of landmark legislation, the Food Allergen Labeling and Consumer Protection Act. The non-profit organization provides leadership on policy issues affecting the lives of individuals with celiac disease, an inherited autoimmune disorder affecting children and adults. The ACDA is recognized internationally for its role in advocating on behalf of all segments of the celiac community.

Enjoy Life Natural Brands, LLC (d/b/a Enjoy Life Foods, LLC (ELF)) was founded in 2001 with the mission of making great-tasting allergy-friendly foods that most everyone can eat freely. The company launched the Enjoy Life brand in 2002 with a broad product line that is free of the eight most common allergens and gluten-free. To meet the needs of a rapidly growing consumer base, in 2004 the company acquired Perky’s, a line of gluten- and nut-free cereals. Today, ELF offers 29 different Enjoy Life and Perky’s products that are sold in natural food and select grocery stores throughout the United States and Canada. Visit http://www.enjoylifefoods.com and http://www.perkysnaturalfoods.com for store locations and more. In September 2008, Enjoy Life Foods was named for the second consecutive year to Inc. 500 list of the fastest growing privately held businesses in the U.S. For more information, visit http://www.enjoylifenb.com. 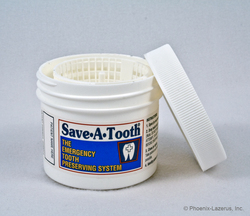 Recent research has shown that normally shedding baby teeth and extracted wisdom teeth can be a source of stem cells that are the equivalent to umbilical cord blood stem cells. The use of umbilical cord blood as a source of stem cells has been routine for several years. However, this method has many problems. The window of time for the retrieval of the cord blood is very short, the hospital staff needs to be well trained in the technique and it is expensive.

The discovery that extracted wisdom teeth and baby teeth are a rich source of stem cells overcomes many of the problems that arise with umbilical cord blood extraction. Every child loses twenty baby teeth over a period of six to eight years and 1.4 million wisdom teeth are extracted each year. Each of these is a rich source of stem cells. In the past, these teeth were thrown in a trashcan but now they can be placed in a Save-A-Tooth 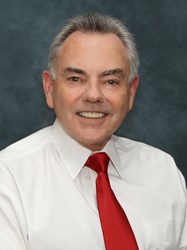 Dr. Page Barden offers the FDA-cleared laser gum surgery, the Laser Assisted New Attachment Procedure (LANAP), to help mothers-to-be improve their own health as well as that of their babies. There have been links showing a possible connection between low birth weight and premature delivery when gum disease is present in the mother.

Studies indicate that as many as one in ten babies born in the United States is a low birth weight baby, and almost a quarter of these cases occur in the absence of other known risk factors. There is not conclusive proof that gum disease directly causes low birth weight, but studies indicate a connection between the two. For women who are pregnant or planning to have a child soon, it may be safest to seek treatment for periodontal disease and simply remove the risk.

Dr. Barden performs the procedure using an FDA-cleared laser that only is harmful to periodontal disease. Healthy gum tissue is not cut or affected at all; this leaves teeth well protected, and reduces pain and recovery time for patients. LANAP may also reduce the risk of infection or other complications post-procedure, since trauma is minimal and since the laser can be used to create a blood clot that protects the gum pocket.

For women who are pregnant, eliminating periodontal disease with laser gum surgery is especially beneficial, as it may also help prevent the baby from developing health problems. LANAP is safe during pregnancy. Women who would like to learn more about LANAP can call Dr. Barden’s office or visit his website.

Page Barden, DDS is a dentist offering personalized dental care for Cumming, GA gum disease patients. Dr. Barden received his Bachelor of Arts from University of Denver. He continued his education at the University Of Detroit School Of Dentistry. After serving in the U.S. Air Force, Dr. Barden further extended his education at Indiana University where he earned a degree in Periodontics from the School of Dentistry. He is part of one percent of dental professionals providing the most recent FDA cleared laser procedure for gum disease treatment. To learn more about Page Barden, DDS and his dental services, visit his website at http://www.georgiagumsurgery.com and call (678) 648-1998.