Martin D. Weiss, Ph.D, president of Weiss Research, Inc. and author of the new Wall Street Journal bestseller, “The Ultimate Depression Survival Guide,” is donating all of his book royalties to the Campaign to End Child Homelessness, sponsored by the National Center on Family Homelessness. Dr. Weiss presented the first donation ($ 100,000) to Dr. Ellen Bassuk, MD, president of the Center and author of America’s Youngest Outcasts, in a ceremony held at Weiss Research’s Florida headquarters on Friday.

“This donation is an integral aspect of our national grassroots campaign to Protect the People — Not the Banks!” commented Dr. Weiss. “We feel the government’s ongoing attempts to bail out failed financial institutions, such as AIG and Citigroup, are counterproductive in more ways than one. The bailouts not only reward high-risk speculation while punishing prudent investing, but they also divert precious resources desperately needed by the most innocent victims of the housing crisis.”

Dr. Bassuk added: “Even before the housing market collapse, one in 50 American children were homeless each year. Today, with millions of Americans losing their homes in foreclosures, there are certainly many more children on the edge of economic survival. We deeply appreciate Dr. Weiss’ generous contribution to our Campaign to End Child Homelessness.”

How to sell your home if you want to, or keep it if you don’t
How to protect your home from further losses
How to find a truly safe bank or insurer
How to build a substantial cash nest egg and keep it absolutely safe
What to do with your 401k, IRA or savings for your child’s education
The telltale signs will tip you off to a bottom in home prices, stocks and bonds
When to lock in safe, high yields on your money for years to come
Where to find the most promising profit opportunities in a recovery

Meanwhile, the Campaign to End Child Homelessness seeks to:

Strengthen local efforts to end child homelessness with direct assistance to states and communities;
Improve program design and service delivery to meet the unique needs of homeless children and their families; and
Increase public awareness of the scope and impact of homelessness on children.

Dr. Bassuk concludes: “Our Campaign to End Child Homelessness and Martin Weiss’ new book share a common theme–by taking action now, we can come through to see a brighter day.”

To purchase the book, consumers can visit http://www.UltimateDepressionSurvivalGuide.com or any national bookseller. Plus, readers and non-readers alike are invited to make charitable donations to the Campaign to End Child Homelessness at http://familyhomelessness.org/?q=node/14 or by calling 617-964-3834.

Martin D. Weiss, Ph.D., founder and president of Weiss Research, Inc., is a nationally recognized expert on banking and insurance company solvency. With more than 35 years of experience, Dr. Weiss has helped empower millions of investors to make better financial decisions through his monthly Safe Money Report and daily Money and Markets.

Dr. Weiss, along with Weiss Research analyst Mike Larson, specifically named nearly all of the major institutions that have suffered a financial failure in this crisis. Weiss predicted the demise of Bear Stearns 102 days prior to its failure, Lehman Brothers (182 days prior), Fannie Mae (eight years prior), and Citigroup (110 days prior). Similarly, the U.S. Government Accountability Office (GAO) reported that, in the 1990s, Weiss greatly outperformed Moody’s, Standard & Poor’s, A.M. Best and D&P (now Fitch) in warning of future life insurance company failures. (See the Weiss forecast track at http://blogs.moneyandmarkets.com/martin-weiss/the-only-ones-who-warned-ahead-of-time/ and the GAO report at http://archive.gao.gov/t2pbat2/152669.pdf.)

About The National Center on Family Homelessness

The National Center on Family Homelessness, founded in 1988, is the nation’s foremost authority on family homelessness, and the only national organization dedicated solely to helping homeless families. Its Campaign to End Child Homelessness has already generated a strong positive response by the public, the national media, Congress and the White House. The Campaign’s legacy will be that all homeless children will receive the homes, opportunities, and support that they deserve as America’s youngest and most vulnerable citizens. For more information, visit http://www.familyhomelessness.org or http://www.homelesschildrenamerica.org.

For the first time, researchers have established a clear link between accepting family attitudes and behaviors towards their lesbian, gay, bisexual and transgender (LGBT) children and significantly decreased risk and better overall health in adulthood. The study shows that specific parental and caregiver behaviors — such as advocating for their children when they are mistreated because of their LGBT identity or supporting their gender expression — protect against depression, substance abuse, suicidal thoughts and suicide attempts in early adulthood. In addition, LGBT youth with highly accepting families have significantly higher levels of self-esteem and social support in young adulthood. The study is published in the Journal of Child and Adolescent Psychiatric Nursing, a journal of the International Society of Psychiatric-Mental Health Nurses, in a peer-reviewed article titled Family Acceptance in Adolescence and the Health of LGBT Young Adults.

Despite all the recent attention to health risks and disparities for lesbian, gay and bisexual youth, prior to this study, little was known about how families express acceptance and support for their LGBT children. Moreover, no prior research had examined the relationship between family acceptance of LGBT adolescents and health and mental health concerns in emerging adulthood.

At a time when the media and families are becoming acutely aware of the risk that many LGBT youth experience, our findings that family acceptance protects against suicidal thoughts and behaviors, depression and substance abuse offer a gateway to hope for LGBT youth and families that struggle with how to balance deeply held religious and personal values with love for their LGBT children, said Dr. Caitlin Ryan, PhD, Director of the Family Acceptance Project at San Francisco State University. I have worked on LGBT health and mental health for 35 years and putting our research into practice by developing a new model to help diverse families support their LGBT children is the most hopeful work Ive ever done.

Ann P. Haas, Ph.D., Director of Prevention Projects for the American Foundation for Suicide Prevention, noted, With this new groundbreaking study, Ryan and her colleagues have provided the strongest evidence to date that acceptance and support from parents and caregivers promote well-being among LGBT youth and help protect them from depression and suicidal behavior. These findings open the door to a whole new focus on how families can be helped to more fully engage in the kind of behaviors that reduce suicide risk in LGBT adolescents and young adults.

Times have changed, said Stephen Russell, PhD, President Elect of the Society for Research on Adolescence and a consultant to the Family Acceptance Project. More and more families want to be accepting of their children. Yet, many families still struggle when a child comes out as LGBT. Its essential to have research like this to deeply understand the ways that families show their acceptance, so that we can identify how to support families.”

The study, authored by Dr. Caitlin Ryan and her team from the Family Acceptance Project at San Francisco State University, which shows that accepting behaviors of parents and caregivers towards their LGBT children are protective against mental health risks — including suicidal behaviors — has critical implications for changing how families relate to their LGBT children and how LGBT youth are served by a wide range of providers across disciplines and systems of care, including custodial care systems such as foster care. The study was funded by The California Endowment, a health foundation dedicated to expanding access to affordable, quality health care for underserved individuals and communities.

Lisa Beth Older says that “New York Divorce lawyers should be cognizant of Post Partum depression” in arguing all New York custody cases dealing with mothers that just gave birth. Marital dissension or custody battles often require that parties seek professional psychiatric help. Availing oneself of psychiatric services during transitional stages such as custody battle should not be used against a party.

Lisa Beth Older, Esq. states that issues surrounding post partum depression often arise in her child custody cases. In analyzing post partum depression, she alludes to a case she read in the New York Times. According to a New York Times article published on February 2, 2013, in the case of Sporn v New York City Administration, (Index No.100091/2013, New York City Supreme Court) the alleged underlying facts were that the Mother had undergone in vitro fertilization with an anonymous donor and was raising the baby with one Dr. Sporn. Allegedly the Mother thereafter underwent treatment for post partum and other psychiatric issues but left treatment early took the child and rented an alternate apartment, thereafter committing suicide on New Year’s Day. According to the article, her alleged condition leading to her death was aggravated by post partum Depression. After the Mother’s suicide, the child was placed in the custody of Child Protective Services and the acting father is seeking custody.

Parties in New York with mental illness often avoid seeking mental health services for fear of losing custody of their children. U.S. statistics show that as many as 70-80 percent will lose custody if mental illness is proven in the case. (See Joanne Nicholson, Elaine Sweeny, and Jeffrey Geller. Mothers With Mental Illness: II. Family Relationships and the Context of Parenting. May 1998. Vol. 49. No. 5.) Divorces are often started because mothers of new-born children find themselves in a temporary state of depression, a state which may pass with familial support psychological care, medication and time. Katherine Stone is the founder and editor of Postpartum Progress, the leading blog on postpartum depression. She states in part that statistics show that around 11% to 20% of women suffer from postpartum depression, or 1.3 million Women per year suffer post partum depression. Dr. Ruta Nonacs of Massachusetts General Hospital and Harvard Medical School ads, Postpartum depression is far more common than gestational diabetes. 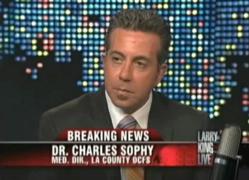 World-renown psychiatrist Dr. Charles Sophy has joined a growing number of doctors who use the Fisher Wallace Stimulator