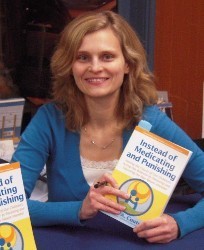 
Behavioral acting-out, emotional instability and problems with school performance are alarm signals that alert us that something is distressing and hurting the child.

Contrary to popular belief, it is natural for adolescents to stay emotionally close and connected to their parents.

Children of all ages from infancy through late adolescence need specific parenting and educational environments in order to feel happy, thrive, cooperate and reach their full potentials.

Laurie will guide parents and professionals to:

Discover principles to help parents heal their relationships with their children, regardless of their age,

Identify the surprising parenting and learning conditions that children’s brains need for mental, emotional and behavioral health and for optimal learning,

Understand why behavior modification, rewards and punishments, diagnoses and medication do not heal children or make them happy, cooperative, compassionate people,

Differentiate between the popular therapies and special education services that can actually worsen the behavior and distress of children and which treatments lead to lasting solutions, and

Learn respectful, refreshing, natural discipline principles that parents can apply to facilitate family closeness and cooperation, respectful communication and empathy for others.

Laurie A. Couture appears in the recently released film documentary, The War on Kids, which was featured on The Colbert Report and MSNBCs Dr. Nancy. With years of experience as a mental health counselor, social worker and parenting trainer, Laurie has inside knowledge of how the educational and mental health systems keep families dependent upon family-eroding institutions, services and psychiatric drugs. Laurie has helped hundreds of children and families find relief, hope and closer relationships.

As a mom of a 16 year old boy, Laurie works compassionately with a diversity of families, including families who have had involvement by child protective services. Laurie offers family-preserving expertise to adoptive and kinship families. She works respectfully with families of all cultural and socioeconomic backgrounds, as well as homeschooling and attachment-parenting families.

For many years, the San Diego divorce attorneys at The Mens Legal Center have been representing husbands, fathers, and noncustodial parents. They have encountered many legal issues that include divorce, child custody, child support, child visitation, spousal support, and many other types of cases. The firm in the past has represented and continues to represent clients of all ages. However, based on a published study that was conducted by researchers at Bowling Green State University entitled; The Gray Divorce Revolution, the firm is offering a free initial consultation through the end of March 2013 to people over the age of 50 facing a divorce.

The San Diego divorce attorneys at The Mens Legal Center understand that a divorce at any age is an extremely difficult process. People who are over the age of 50 dealing with this situation, who want to make sure that their legal rights and interests are properly protected, should act quickly and take advantage of this offer.

About the Mens Legal Center 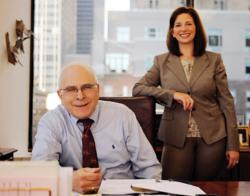 Levy Phillips & Konigsberg LLP (LPK), which for many years has handled many class actions, consumer fraud cases, and whistleblower cases involving fraud against the government, reports that it will provide FREE, confidential consultation for workers at large (50+ employee) companies who believe they have been victims of wage and hour violations. According to the employment lawyers at LPK, aggrieved employees are entitled to recover unpaid wages and overtime, for the previous two years of back pay (three years in the case of a willful violation), plus an equal amount as liquidated damages, plus attorney’s fees and court costs.

Class and collective actions for federal and state wage and hour law violations are on the rise in New York and across the country, according to a recent article in the New York Law Journal which reports a surge of FLSA actions being filed in New York Federal Courts*. According to the NYLJ article, from 2003, New Yorks Southern District Court has seen a 626% leap in the number of FLSA filings and the Eastern District Court a 916% increase.

The Fair Labor Standards Act (FLSA)** requires that most workers in the U.S. be paid at least the federal minimum wage for all hours worked and receive overtime pay at rate of one and one-half times the regular rate of pay for all hours worked over forty in a seven day workweek, explains Theresa A. Vitello, a senior associate in the firms class action and whistleblower groups. She adds that except for certain bona fide executives, administrative roles, professional and outside sales employees, who are considered exempt, this requirement applies to most employees in the United States.

According to US Department of Labor, generally, to be considered exempt, employees must meet certain criteria regarding their job duties and be paid no less than $ 455 per week on a salaried basis***. As per DOL, job titles alone are not determinative of exemption status.

As explained by attorney Vitello, there have been numerous successful wage and hour class and collective actions have involved workers employed in the financial services industry and in the fields of technology, healthcare, retail and food service. It is not uncommon for mortgage brokers, loan officers, IT staff, technology workers, waiters and waitresses, nurses, x-ray and sonogram technicians, customer service and sales representatives, chain and retail store employees, hotel and resort workers, manufacturing and construction workers, janitorial and cleaning staff, home health care and child care employees, to have FLSA claims.

Vitello further explains that the main types of wage and hour law violations include:

Misclassification: Exempt vs. Non-Exempt – Employers often misclassify employees as exempt. Often employees who occupy roles that are truly non-exempt are paid a flat salary so that the employer can avoid paying these workers overtime for all hours worked over 40 in a given work week.

For example, those employed in the financial services industry, such as bank loan officers, have been misclassified and denied substantial compensation by their corporate employers.

Misclassification: Independent Contractors – The federal and state wage and hour laws generally apply only to workers who are deemed employees by their employers. Accordingly, some employers attempt to avoid the safeguards of these laws by misclassifying workers as independent contractors. Doing this, sometimes allows an employer to avoid paying a worker, who really should be a W-2 employee, legally required wages and benefits. In general, if an employee is not self-directed, like a freelance worker, then that person might be not be an independent contractor after all and most likely should be classified as an employee.

Employees Paid with Commission – Employees compensated with commissions still must be paid minimum wage. In addition, workers who are paid a commission are still entitled to overtime pay at the rate of one and one-half times their normal rate of pay.

Unpaid Overtime – As stated, the law requires that employers pay non-exempt employees one and one- half times their regular hourly rate for all hours worked over 40 in a workweek. Employers who fail to compensate their hourly workers or who misclassify workers as exempt may be held accountable for unpaid overtime wages.

Minimum Wage Employers must pay a minimum wage that complies with both state and federal law. In New York State the minimum wage is presently $ 7.25 per hour. While this law is widely known, some employers still attempt to profit by paying workers below the minimum wage.

Working Off-the-Clock – Federal and state laws mandate that employers must compensate their employees for any hours they ask them to work prior to the start of their shift or any hours they work past their shift. For example, it violates the law for an employer to simply pay an employee for a 9 to 5 shift when the company asks her to come in at 8:30 to prepare and stay till 5:30 to clean up. Violations related to off-the-clock work are most common in the food service industry, chain and retail stores, and sales and customer services jobs.

Donning & Doffing – The FLSA requires that workers who must spend time putting on (donning) and taking off (doffing) protective uniforms and/or gear that is mandatory for their line of work or safety, be compensated for the time it takes to perform these activities.

For example, while a factory worker may only take ten minutes a day to put on his protective clothing and ten minutes to take it off, over the course of his ten years of employment this could amount to 800 hours of uncompensated time.

Vitello adds, these cases are facts intensive. It is crucial to contact a knowledgeable wage and hour attorney as soon as you suspect your employer is violating the law. Workers who believe that their employer has violated the FLSA should be mindful that these claims only carry a two-year statute of limitations, which may be extended to three years for so-called willful violations. New York State law however carries a six year statute of limitations for similar claims.

As explained by the employment attorney, the FLSA allows for the recovery of presumptive liquidated (double) damages for violations as well as the provision of attorneys fees for prevailing plaintiffs. While FLSA collective actions are opt-in classes rather than Rule 23(b)(3) opt out classes, FLSA collective actions generally enjoy a more relaxed standard and earlier conditional certification.

Employment lawyers at LPK invite workers at large (50+ employees) companies who suspect their employer is violating federal or state wage and hour laws to contact Theresa A. Vitello for a free and confidential consultation. Vitello adds, LPK has been fighting for workers rights for over twenty-five years. Our firm has the experience and the know-how to make such case a success.

Individuals who have information regarding a violation of state or federal wage and hour laws, can speak with experienced employment lawyers at LPK who can help them understand their legal rights. For a free and confidential consultation with the labor law attorneys at LPK, please call 24/7 at 212-605-6200 or toll free at 1-800-988-8005, or by submitting an email inquiry at http://www.lpklaw.com.