Hundreds of Sacramento children and families had a brighter holiday season due to some spirited holiday givers. Each year Stanford Home for Children receives hundreds of requests for holiday help from its clients. From gifts to holiday trees and meals, kind-hearted Sacramento area businesses and individuals ensure that the children and families served by Stanford Home have a happy and healthy holiday season each year.

“It was amazing to see the generosity of our community,” said Keith Diederich, Executive Director of Stanford Home for Children. “Sometimes I don’t know who enjoys the program more, our clients or our donors.”

Thousands of gifts were donated this year and subsequently gift wrapped by an army of over one hundred volunteers, including Assemblyman Roger Niello and the Sacramento Kings Dancers. Each year a warehouse at McClellan Business Park is donated and turned into a virtual winter wonderland where the process is carried out. “You should see the children’s faces when we deliver these gifts,” said Patrica Gooden of Stanford Home’s Community Protection & Treatment Program. “Their smiles light up the entire room.”

Without the generosity of the donors of Stanford Home for Children, many of these families would go without holiday cheer. Stanford Home donors also provide vital funds for programs that provide vocational services to children aging out of the foster care system, as well as find safe, biological family for children lost in the child welfare system.

About Stanford Home for Children

Stanford Home for Children leads our community in providing alternatives to institutional care for youth: the best solution to supporting families in turmoil. Through family centered practices, we connect and strengthen families, so that every child can thrive. For more than 100 years, Stanford Home’s mission has been to provide innovative care and support to strengthen children and families so that they may define their own dreams, overcome their challenges, and thrive in the future.

From seed spitting and Double Dutch to soccer kicks, tug-o’-wars and football flings, it’s an invitation to free family fun and healthy play at the 2008 Life is good&#61666; Festival to be held on Boston Common on Saturday, July 19th. Thousands are expected to grab a big slice of summer fun as Life is good celebrates the sunny season with great live music, classic backyard food, and a colorful mix-of good time games and activities for adults and children alike. The festival, produced in partnership with the Boston Parks and Recreation Department, will benefit Project Joy, a Boston-based non-profit organization whose mission is to use the healing power of play to transform children impacted by violence, poverty and loss into healthy and joyful players in the game of life.

The Life is good Festival brings the nostalgia of an old-fashioned American picnic to the heart of Boston. The classic outdoor summer bash will feature great traditional games and activities. The festival will be divided into several “villages”: 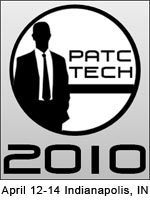 At one level, you may just need to recover your boss’s deleted emails. However, you may need to find evidence that supports where a suspect was located during a given time and date, or maybe you have to find the source of a pornographic image.

On 1 October 2011, the Agency Workers Regulations 2010 come into effect. These Regulations provide for agency workers to be put on the same basic terms as the permanent employees of their hirer after a qualifying period of 12 weeks.

Gareth Kervin, Partner at Kervin & Barnes Solicitors (Mayfair, London) says: These regulations are a significant change for anyone taking on temporary workers.

He added: They are likely to make temporary agency workers a less attractive option for employers.

The Regulations were published earlier this year but it is likely that their effect will still come as a surprise to many. Employers need to be aware that they cannot contract out of these obligations protecting agency workers.

An agency worker is defined as someone working under a contract of employment with a temporary work agency, who is assigned to a hirer to work temporarily under that hirers supervision and direction (i.e. a temp sent by an agency to a company).

The Regulations will not apply to those who are employed directly by the end user/hirer. Nor will they apply to the genuinely self-employed or those employed on a managed service contract. Agency workers with employment arrangements via intermediaries or umbrella companies will, however, come under the Regulations.

Gareth Kervin, Partner at Kervin & Barnes Solicitors (Mayfair, London) pointed out: direct employment of those who previously were agency workers is one way in which employers are likely to mitigate the impact of the Regulations.

The Regulations provide for Day 1 rights for agency workers including the right to be informed of vacancies within the hirers organisation and access to on-site facilities such as a canteen, gym or child-care facilities.

More importantly, following a period of 12 weeks, temporary workers will be entitled to equal treatment in relation to the same basic terms including: pay, certain bonuses, rest breaks and annual leave.

The equal treatment of agency workers is in comparison to those directly recruited by the end user and the agency workers comparator can be either an employee or a worker. There is a 12 week qualification period before the right to equal treatment kicks in. However, this period is measured in weeks and not hours or days. For example, an agency worker taken on for a half day every Friday would be entitled to the same basic terms as a direct recruit after 12 weeks.

The period of continuity is broken when there is a break or six weeks or more (during or between assignments in the same job) or the agency worker commences a new or substantially different role.

In the case of maternity leave, an agency workers continuity will continue to accrue for the intended duration of the placement or its likely duration if none was specified. Employers are not required to pay maternity leave benefits to an agency worker but the worker will have the right to time off for ante-natal appointments and the same health and safety duties as apply to permanent staff.

Gareth Kervin, Partner at Kervin & Barnes Solicitors outlined: Liability under the Agency Worker Regulations lies with the temporary work agency. However, if an agency can show that they have taken reasonable steps to obtain the relevant information from the hirer then liability will lie with the hirer.

He added: It is solely the end users responsibility to provide the Day 1 rights.

Another way in which employers and agencies are seeking to avoid the impact of the Regulations is for the recruitment agency to take the worker on permanently. This is known as the Swedish derogation. Gareth Kervin, Partner at Kervin & Barnes Solicitors said: this method would allow agencies to reduce the impact of the Regulations on themselves and the end users. He added agency workers, however, would be left in a position where they were not protected by the new Regulations as they could be placed on minimal terms between their assignments.

For advice relating to agency workers or advice on any other employment related issues, contact Kervin & Barnes Solicitors on +44 (0)203 178 5361, or visit the Kervin & Barnes website: http://www.kervinandbarnes.co.uk.

The lawyers at Kervin & Barnes Solicitors have practised successfully at some of the Citys largest law firms and financial institutions.

Kervin & Barnes partner-led and commercially driven service concentrates on the unique requirements of each client. In-house experience and legal expertise have provided the foundation for value-added, long-term business partnerships with some of the worlds largest organisations, including global financial institutions, retailers and transport companies.

The military is known for the exceptional benefits it provides to soldiers and their families. If a soldier is killed in action, spouses are well taken care of as dependents. Before every deployment, most husbands or wives are used to checking over the aspouses will and ensuring everything is in order before deployment. But how often do family members staying at home, review their own wills, asks Frank N. Darras, America’s top insurance lawyer.

As a military spouse, you play an integral part in supporting your family, and your country. Often, military spouses dont see the need for life insurance, either because they arent the primary breadwinner or have chosen to stay home. But consider the high cost to the family, if something were to happen to you. Deployments, an unpredictable work schedule, and the high risk job of a spouse makes the job at home worth that much more when purchasing life insurance, says Darras.

As a military spouse, its expected that your other half can get called away at a moments notice. What if, as the the sole adult in the household, you were no longer there to stay at home with your 1-year-old during a deployment? Who would pay the bills and care for the child, asks Frank Darras, http://www.darrasnews.com/?p=2557 these are the costs that should be considered when shopping for a life insurance policy.

When choosing a policy, take time to think through all of the responsibilities and how those responsibilities would be distributed if the stay at home parent were no longer there . Dont only think of your responsibilities when your spouse is home, but treat it as if your spouse is on deployment. Price out any services needed to cover those duties, from child care to house cleaning or even taxes. From there, use this pricing to figure out an average salary and this will help determine how much life insurance coverage to buy, says Darras.

While the military is great about working with families in times such as these, consider months or years down the road. Make sure you take out a policy that would protect your family for any situation the military life sends your way for years to come, says Darras.

Always speak to a trusted advisor and make sure when purchasing life insurance, the fine print is explained in detail, says Darras. 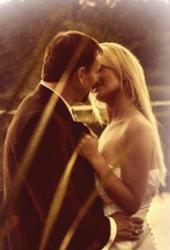 Brides will have their wedding pictures for the rest of their life, and many of them will be framed on their walls. Its for that reason that its absolutely critical to find a wedding photographer that has an eye for detail and a creative flair to capture a couples unique personalities and style.

How exactly can one separate the true artists from the run of the mill bridal photographer? Here are a few key things to look for: