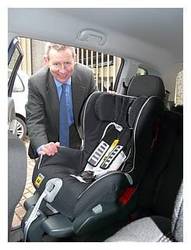 Sir Alex Ferguson CBE is backing an AA campaign supported by Britax and Mothercare this summer, urging parents to get their child car seats checked and to ensure that their children are properly belted up. This is all the more important as new AA research shows that the economic downturn means that 50% more people will holiday in the UK this summer1. With two thirds of child seats in the UK not fitted securely2, the summer holiday could be an accident waiting to happen.

Sir Alex is lending his support to the campaign which launches during Child Safety Week (22-26 June), to raise parents’ awareness of the importance of having the right car seat securely fitted, and the right seat for a child’s age and height. This follows his grandson’s recent experience in a road accident; 10 year old Charlie had to undergo surgery back in May, when he was injured due to not being properly protected during a car collision.

The latest research from the AA’s Road Safety team suggests that August is the worst month for death and serious injuries to children in vehicles, which is why Britax, a leading car seat manufacturer, has teamed up with the AA and Mothercare to launch a nationwide roadshow offering parents expert advice and hands on guidance on how to choose and fir the right car seat. The roadshow launches on Monday 22 June, in time for people to make sure they know how to choose and fit their children’s car seats properly, before they hit the roads during the summer holidays.

The need for the roadshow has also been highlighted by recent research that over 20 children under 11 are killed and over 600 seriously injured a year while travelling in cars3.

Sir Alex Ferguson CBE said, “I urge all parents and children to pay attention to using and fixing their seat belts properly, over the shoulder as it should be. This can save your Life.”

Edmund King, AA president said: “Sir Alex is absolutely right that it is imperative for all children to be properly belted up in the back. The AA Populus poll of 16,500 respondents showed that 83% are not aware of legislation requiring children to use the appropriate restraint or child seat. Modern seat belts are not uncomfortable so parents or drivers need to ensure that children are appropriately belted up. It can be a matter of life or death.”

Mark Bennett from Britax said: “With so many families hitting the UK roads for their summer holidays this year, the correct fitting of children’s car seats is of paramount importance. We find it extremely alarming how many people are unaware that their car seats are fitted incorrectly, and are delighted to be working with Mothercare and the AA to help parents, and educate them on the solutions available before they embark on their road trips this summer.”

Liz day, parenting consultant at Mothercare said: “At Mothercare, the safety of children is our number one priority. As one of the UK’s leading retailers of car seats we strongly advise all parents to ensure their car seats are suitable for their child and fitted correctly and offer demonstrations and advice in our stores. This roadshow event brings together the specialist expertise of Mothercare, Britax and the AA to promote the safety of children in cars.”

The roadshow will take place outside Mothercare stores in 11 UK locations4 2, where Britax and AA car breakdown cover patrols will be offering demonstrations of the car seats showing ISOFIX safety systems on Britax AA ISOFIX child car seats, showing just how easy and safe the ISOFIX system is. The system eliminates misfitting problems, which are common with the use of adult belts, and improve the dynamic performance of child restraints, as the seat is rigidly attached to the car structure. The vast majority of new car models since 2006 (and several previous models) have ISOFIX installed as standard. 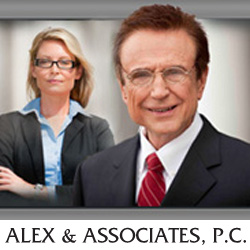 Alex & Associates Personal Injury trial attorneys have been serving the Phoenix-Scottsdale metropolitan area for over 27 years and have secured over $ 20 million in personal injury settlements from 2008 to present. Although a good settlement is preferable to a lawsuit, as experienced trial attorneys they are not reluctant to bring cases to trial to ensure fair compensation for their clients. Often the difference between a life of charity and a life of financial dignity is the caliber of your attorney.

Founding Partner, Andrew R. Alex began practicing law in Phoenix in 1973. Second in his class, Alex received his Juris Doctorate in Law in 1974 from Chicago-Kent College of Law and also a B.S. in Economics from the University of Pittsburgh.

From 1974 -1979 Mr. Alex served as a deputy county attorney for Maricopa County, Arizona prosecuting 55 major felony cases. Mr. Alex was one of the first in Arizona to use a forensic hypnotist to identify a defendant and also initiated DUI and alcohol related prosecution standards prior to the enactment of current Arizona legislation. 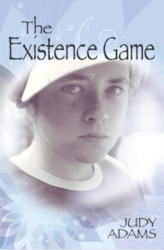 (PRWEB) December 05, 2012 — The new book “The Existence Game” arrives at a timely moment when organizations from youth clubs to churches and schools are being exposed as places where children are at risk from sexual predators. As each new horrible story explodes in the news, waves of individuals are coming out with their own personal stories of childhood hell. In the first half of 2012, the National Childrens Alliance reports that Child Advocacy Centers around the nation recorded 100,649 instances of reported sexual abuse (January through June 2012). According to Childhelp.org, about 80 percent of 21-year-olds who were abused as children meet the criteria for at least one psychological disorder.

Meet Alex Moser. Her friends find her fun, sharp and attractive. Her therapist knows she is terribly ill. Although few realize it, Alex is barely keeping her head above water. Plagued since childhood with numerous phobias, Alex has designed a life for herself in service to her fears. She works nights because she cant sleep when its dark out. She owns two months worth of clothing because she cant do laundry in her foreboding basement. Her windows are nailed shut and she sleeps in multiple layers of clothing, which she views as protective armor. And a voice keeps telling her shed feel better if she were dead.

Enter Jonathan Frank, renowned psychiatrist in chief at a prominent psychiatric hospital, and a man fascinated with the complexities of the human mind. Dr. Frank cant resist a challenge and Alex Moser, diagnosed with borderline personality disorder, is challenging in every way.

While this story offers a serious portrayal of mental illness and recovery, humorous anecdotes from the Irish pub where Alex works abound. From a police officer who drunkenly believes himself to be Superman to a pub owner whose hands-off approach leaves people wondering how he stays in business, there is no shortage of comic relief and characters who are well worth getting to know.

Judy Adams’ debut novel chronicles the first two months in Alexs journey back to health, balancing humor and sadness with great skill and making for a truly inspirational and satisfying read.

I was struck by how accurately Adams portrays the main character, Alex Moser, and the development of her borderline personality disorder. This isnt just a story of illness, but a remarkable, heartwarming story of recovery. Beautifully written and gripping from the start, Adams takes us into a hidden, taboo world and then leads us out, better human beings for the experience.